Insurance Settlement for Hurricane Elsa Not As Much as You Expected?

Our Public Adjusters Can Help With Your Claim.

Has your Hurricane Elsa Insurance Claim come back a little light on payment or reimbursement? Were you expecting more but are now stuck with significant out of pocket costs for repairs? Or was your claim outright denied altogether.

We make sure you get the help you need with your insurance claims, and the payout you are entitled to.

If you live anywhere in Florida, call 844-277-4310 today and let us assist you. From Business and Home to Yacht Damage, our adjusters are who you want on your side.

How to Hurricane Elsa Insurance Claim

Each year the residents of Florida face tropical storms and the threat of hurricanes. No amount of preparedness can reduce the risk of damage to zero. With gale force winds impacting the Florida Keys and the majority of the Florida Gulf Coastline, Elsa certainly left her mark. Adding insult to injury, Elsa contributed to weather conditions that sparked the formation of tornadoes across the state, causing further isolated damage.

Overall, the total damage from Elsa’s landfall in the USA is approximated at $290 million. If you are among the many Florida residents affected, we can help.

Filing an insurance claim for Hurricane Elsa (or any hurricane) isn’t always as simple and straightforward as we’d like to think.

Insurance companies hire their own insurance adjusters to inspect properties, assess the damage, and minimize the impact on their bottom line. This often puts your insurance company’s adjuster at odds with your best interests.

This makes hiring your own insurance adjuster an imperative first step in getting an unbiased opinion from a licensed professional that has extensive experience dealing with insurance providers and in getting claims approved.

Don’t let your insurance provider off the hook with a settlement that is less than expected or that doesn’t live up to the terms of your policy. If you’ve sustained damage to your property, home, business, or yacht as a result of Elsa, we can make sure your insurance claim has the best chance of success in getting you the maximum payout allowable under the terms of your policy.

Public adjusters work for YOU, NOT the insurance company. Our adjusters are detailed, meticulous and experienced in putting together a successful claim.

When disaster strikes, Florida residents need a professional on their side, advocating for higher payouts and claim approvals for damage sustained from hurricanes, accidents and other natural disasters.

Your public adjuster will expertly prepare, properly file, and vigorously negotiate to help you get the maximum payout under your policy. Even if your initial claim was denied we can often get the denial reversed. We can also help you understand the often complicated legal jargon used in insurance policies so that you’ll always know your rights under the policy.

Don’t let insurers hit you with the TRIPLE D – “Deny, Delay, Do Not Pay”.

Schedule a FREE Property Inspection with Us Today

Florida residents qualify for a free property inspection to assess damage caused by Hurricane Elsa. Call today and put our talented public adjusters to work for you. We’ll perform an in-depth analysis of your property, accurately diagnosing issues and uncovering damage that may have been overlooked or improperly categorized by your insurer’s adjuster.

Are you having trouble understanding what your policy does or doesn’t cover? Insurance terminology and legal jargon can make insurance policies overly complicated and difficult for anyone without a law degree to understand. We can help bring clarity, offering a free policy review that helps you learn more about what is and isn’t covered and how to best prepare for any future disasters (such as the next big Hurricane).

As the first hurricane of the 2021 Atlantic Hurricane season, Elsa made her appearance in grand fashion. The storm was first tracked by the National Hurricane Center (NHC), beginning as a tropical wave on June 29th, 2021.

At that time the storm displayed notable potential to turn into a tropical cyclone as it progressed westward across the Atlantic. By July 1st, signs of low-level circulation upgraded the storm’s status to that of a tropical depression. By July 2nd things had intensified significantly, and Elsa was upgraded to a Category 1 hurricane.

With a minimum central pressure measured at 991 millibars (29.3 inGh), and sustained maximum winds of 85mph (140 km/h), Elsa now boasted the title of the strongest eastern Caribbean Sea hurricane on record in July since hurricane Emily back in 2005.

On July 7th, Elsa passed west of Tampa before weakening into a tropical storm and making landfall. When it hit Taylor County Florida, the tropical storm produced winds of 65 mph. From there the storm progressed NE and continued to grow in strength, reaching ‘extratropical’ status on July 9th.

Significant heavy rain bands impacted Florida beginning July 5th. The storm’s impact to Tampa Bay was considered minimal considering the potential, but the area had sustained flooded roads, homes and downed trees, along with damage to roofs and structures.

Taylor County also reported downed trees, and an EF1 tornado caused by the hurricane was responsible for damage across the eastern side of Jacksonville. There it caused moderate damage to area homes and structures, leaving a reported 14,000+ customers without power at the time.

On July 7th, Tampa Bay experienced a significant storm surge of 1.6 ft, along with that reported at Clearwater Beach, Port Manatee and Cedar Key.

The total estimated insured losses on land due to Hurricane Elsa are estimated to be at around $290 million. This includes an estimated $240 million in damages across impacted US states, and $50 million to impacted Caribbean Islands. 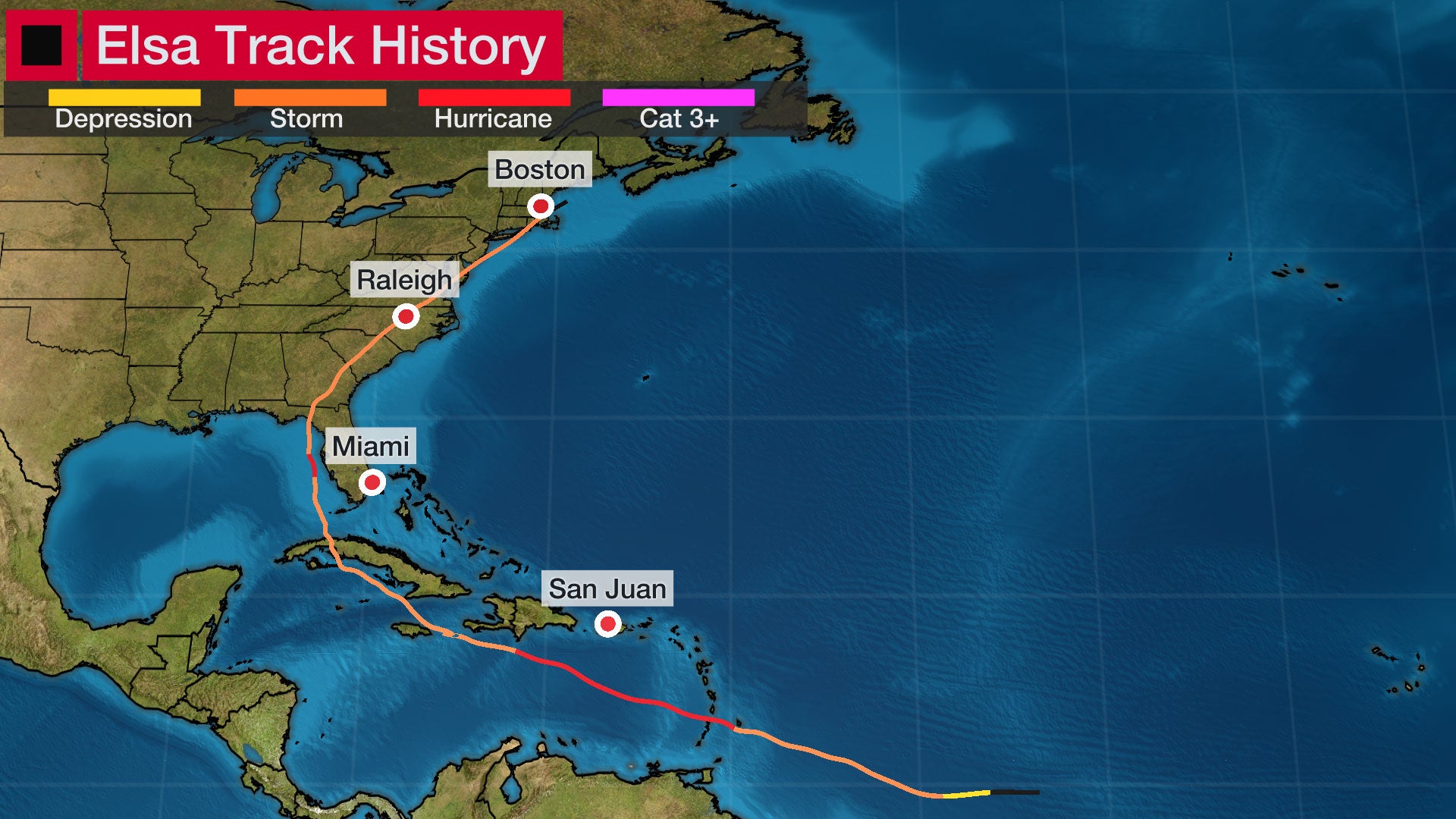 We Believe You Deserve a Maximum Settlement for your Claim…do you?

Many Florida residents are surprised to find out that their insurance claim was denied or approved less than what’s needed to cover repairs or replacement.

Don’t get left to foot the bill for damages caused by Hurricane Elsa. Let our team make sure your claim is thorough, organized and includes all of the detailed information necessary to make sure you get the highest settlement or payout from your provider.

You deserve the full benefits under your policy. Let us make sure you get what you’re owed.